Water management plans are developed by the operator and approved by the regulator to effectively acquire, utilize and dispose of water used for fracking. Regulations require water applications and permits during all stages of a fracking operation.

The Fracking Water Management Cycle demonstrates how water is managed during various components of a fracking operation. Industry practices and strict regulations ensure the environment is protected during each component. 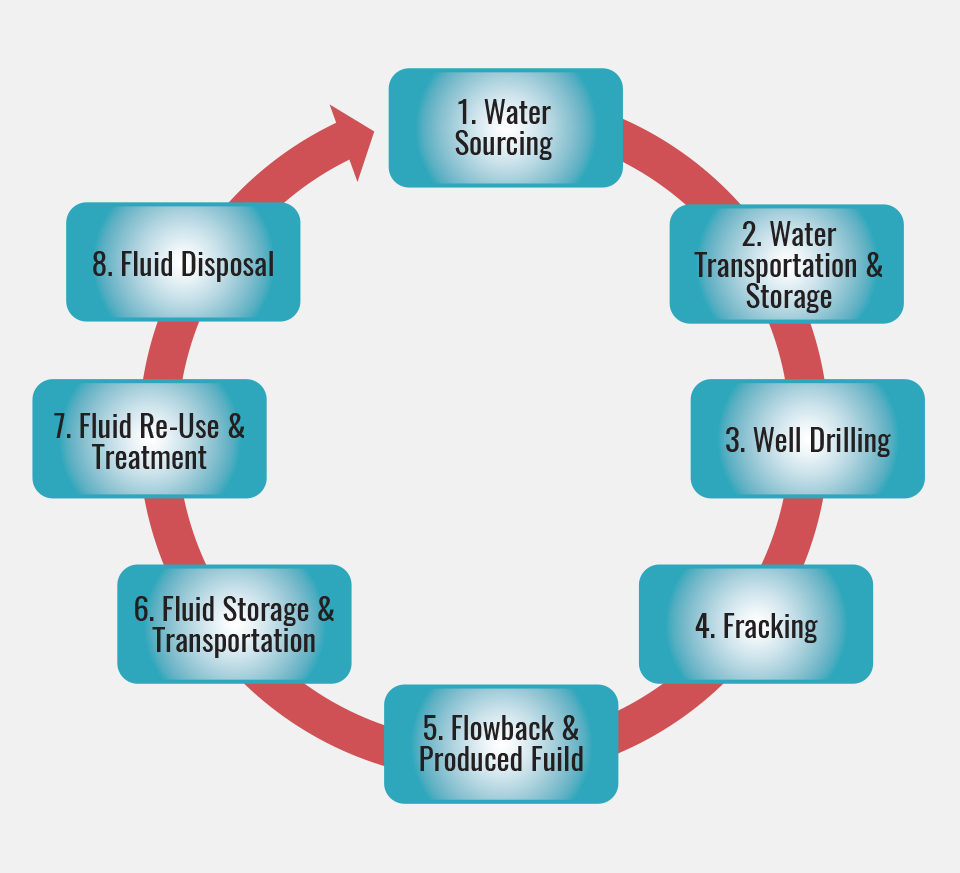 1. Water Sourcing for any oil or gas field operation including both drilling and fracking may be obtained from:

Water is transported from its source location to the wellsite by:

Water is stored at the wellsite in:

Frac fluid is mixed in blenders on the wellsite in preparation to be injected down the wellbore. Water volumes range from about 500 to 100,000 cubic meters (m3) of water per well and depend on many factors, including:

The storage of flowback and produced fluids is strictly regulated:

Fluids may be treated and then re-used, for other fracking operations:

If the fluid can no longer be appropriately stored or re-used for fracking, it must go to a fully approved disposal well or disposal facility:

Water management for fracking operations has evolved rapidly over the last 5 years; a few examples include:

Oil and gas companies must apply for water allocations from regulators before using water for fracking.  Applications typically include: baseline information, an evaluation of local and regional water availability, water requirements, and submission of a water management plan.