Fracking is a process where fluid is injected into a deep oil or gas bearing formation at a high pressure to create and prop open cracks in the rock to allow oil or natural gas to flow to the surface.

Hydraulic fracturing, or fracking, is a proven technique that has been used safely by Canada’s oil and gas industry for over 60 years. Fracking is a stimulation process designed to enhance the flow, or productivity, of an oil or gas well. It involves pumping fluid and sand into an oil or gas formation deep underground. The fluid pressure fractures the rock layers, releasing oil or gas. The sand holds the fractures (measured in millimeters) open to allow a continued flow of oil or gas into the well.

Though the principle of fracking is simple and has remained basically the same, the technologies frac companies use have evolved and are highly advanced. Modern fracking is done in combination with horizontal drilling and multi-well pad drilling. The horizontal legs of the well can be up to 3,500 metres long – it would take a person 45 minutes to walk that far! Horizontal drilling has enabled substantial growth in the oil and natural gas supply in North America, while reducing the total number of wells drilled and environmental footprint.

Fracking is done in multiple stages, starting at the toe, or end of the horizontal leg, and working back to the vertical part of the well. This is known as multi-stage hydraulic fracturing. The number of stages depends on the lateral length of the horizontal well and the makeup of the reservoir, but can be anywhere from just a few stages to over 50 stages per well. The number of stages are planned to ensure adequate coverage of the reservoir to maximize the recovery of the oil or gas it contains.

The frac fluid used in modern fracking consists of: 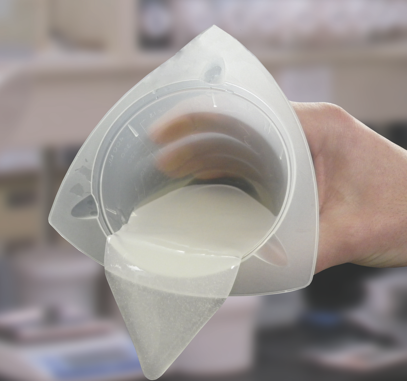 The hole drilled underground, called the wellbore, is carefully constructed with multiple protective layers of heavy steel casing and cement to ensure that the frac fluid does not migrate beyond the well. Every aspect of the well and its construction materials are engineered just like for building construction. Stringent well construction guidelines are set out by the regulators to protect the surrounding environment, particularly fresh water aquifers. Construction guidelines for wells are as rigorous as what is required to build a skyscraper.

After fracking, natural gas or oil flows to the wellbore and then to the surface wellhead, bringing with it frac fluid that was pumped along with natural occurring fluids that are present in the target rock formation. This flowback fluid is separated from the gas and oil at the surface, and contained temporarily in tanks or lined ponds onsite. Flowback fluid is then either reused, treated or transported to fully-regulated deep injection wells for disposal.

How long does it take to frac a well?

Fracking usually takes only 3 to 4 days of an oil or gas well’s 20 to 30-year lifecycle.